Lalochezia (pronounced la-lo-KEY-zee-uh) means relieving stress or pain through swearing. It derives from the Greek words for 'speech' (lalia) and defecation (chezo). It is literally Greek for 'talking shit'.

This blog is a way to anonymously complain with as much swearing as you like, about nearly anything you like. 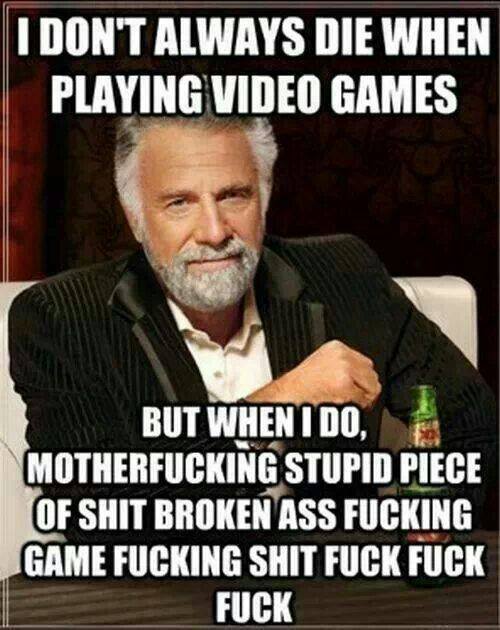 In Germany, there is a SWEARING HOTLINE.  You can call and swear at someone whenever you feel like it.  Granted, it costs a buck and a half a minute.  But still!  Germany has understood and embraced the power of lalochezia.

I really kinda want this site to become like that.  Only, you know, for free.

Hello, world! I am swearington, and I’m a closeted atheist. Yay anonymity! I’ve wanted to write this somewhere for ages, and this gives me a place to put it without being attached to my name directly.

What that means is that, for a large portion of my family circle, I’m allegedly Christian. It’s how I was raised, and it was what I believed up until a couple years ago. There are only a handful of people who know the truth–thankfully, my wife is one of them, and she’s awesome.

There is an assumption within Christian culture that atheists secretly want to believe, but don’t because of some actual or perceived trauma. Or they You see this reflected in places like the Newsboys vehicle movie “God’s Not Dead,” where Kevin Sorbo’s arc ends in a (spoiler) gotcha moment where the “hero” wins the Most Strawmaniest Debate Ever by pointing out that he was being awful mad at a god that supposedly didn’t exist. Or, if they don’t have some irrational hatred of god, then they simply don’t understand.

While there are those kinds of atheists, I’ve found that there are a lot like me: we dared to ask questions, couldn’t get a satisfactory answer, and eventually threw it away. We know the bible and we know all the rhetoric backwards and forwards, and there is literally nothing anyone can say to make us believe because we’ve heard it before and already decided it was bullshit.

Now remember, I’m closeted, so I haven’t yet had to explain my decision to anyone formally. But I’m preparing for it, because it’ll happen eventually. I’ve been trying to describe it. So consider this post a first-draft of that speech. This rant is specifically about Christianity; it might fit other religions too, but I don’t have any experience in them. But I imagine that the process is much the same.

Joining Christianity is like being given a giant (like “James and the Giant Peach” sized), beautiful, perfectly ripe apple. For the sake of this illustration, it’s a magic apple that doesn’t rot. You take that first bite and it’s awesome. You think, “I could eat this forever.” And holy fuck do you try. Your life becomes All Jesus, All The Time. Jesus the Video Game! Jesus the bedsheets! Jesus the flame thrower! (the kids love this one). And remember, this apple is ginormous. You eat down far enough, though, and you hit a bitter patch. “No problem,” you think, and you move to a different spot.

This cycle repeats over the span of years. Each time, without fail, once you get down far enough into this gigantic apple, you get to a point where it tastes like unadulterated ass. And, over time, a sense of foreboding develops. Surely, there’s a part of this thing that doesn’t get nasty in the middle.

For me, about two years ago, I ran out of spots to move to. All that’s left is the nasty core that can’t answer basic questions like, “If God loves babies, why are the majority of them born into poverty and misery?” or “What tax plan would God approve of?” (To be fair to God, none of the Republicans could give a good answer to this question either). The turning point was an analysis I found that illustrated how many basic theological ideas were rooted in Bronze Age-era understandings of how the universe works. All that bullshit about being “above all other gods” was meant LITERALLY. FUCKING LITERALLY. Mind fucking blown.

And Christianity is littered in this delusional bullshit. If you hate your eardrums, listen to a Christian radio station like Air1 or Way FM, and you’ll hear such banal platitudes like “Your life’s not falling apart, it’s falling into place” or “the same power that rose Jesus from the grave IS IN YOU!” It’s insulting and nonsensical, but not if you grew up on this shit like I did.

My wife isn’t thrilled, as you might expect. I try not to be all “lol god iz dumb and ur dum if you buy that shit” but every so often there’s something head-slappingly stupid topic that comes up and I open my big mouth. I’m lucky that we have learned to forgive each other quickly over the years (13 and counting!). She says I haven’t been hiding it as well as I think I have, and she’s probably right. But I think inside she thinks this is just a phase and I’ll snap out eventually.

I love everything about this, from the sweary screed of  “eat a bucket of deep-fried fucks, you squawking chicken-fucker.” to the Truth of “there’s no wrong way to do it, as long as you’re doing it.